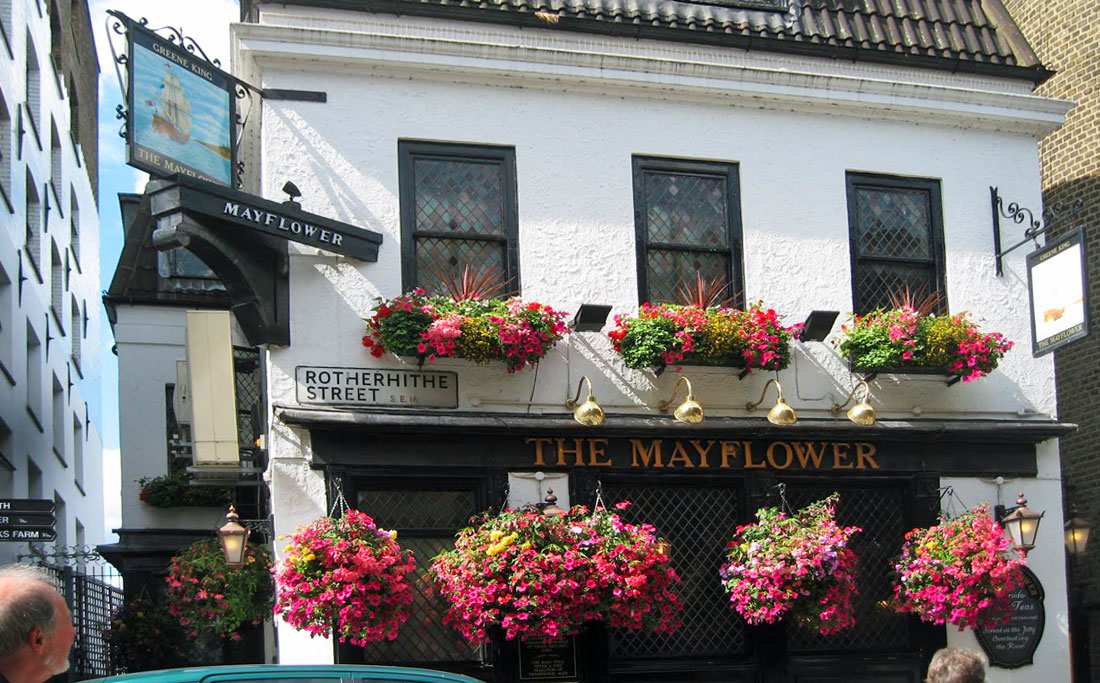 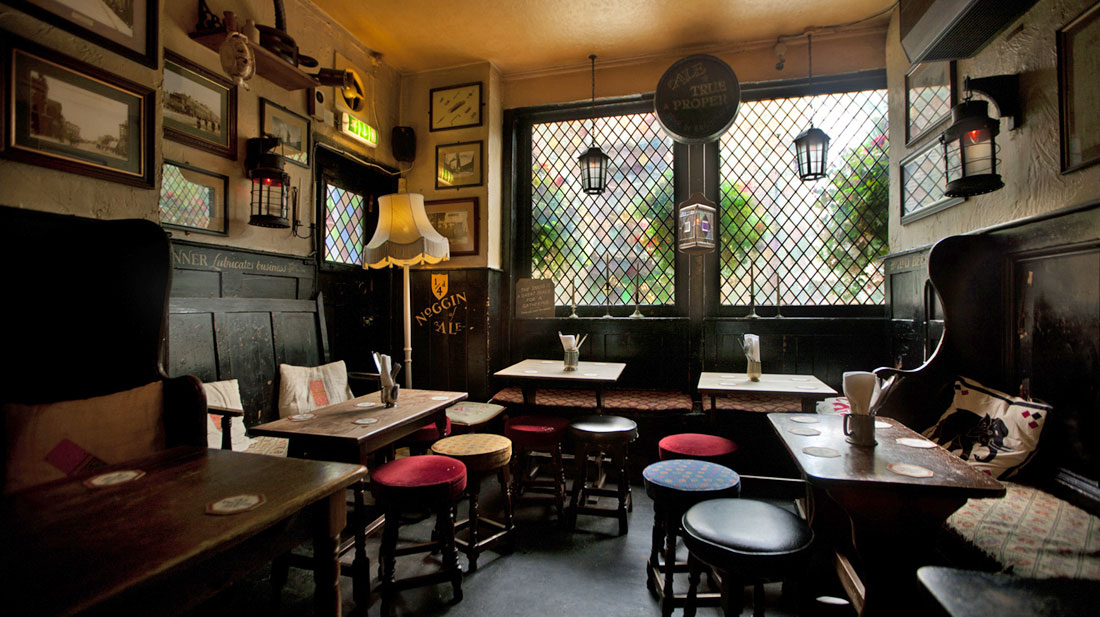 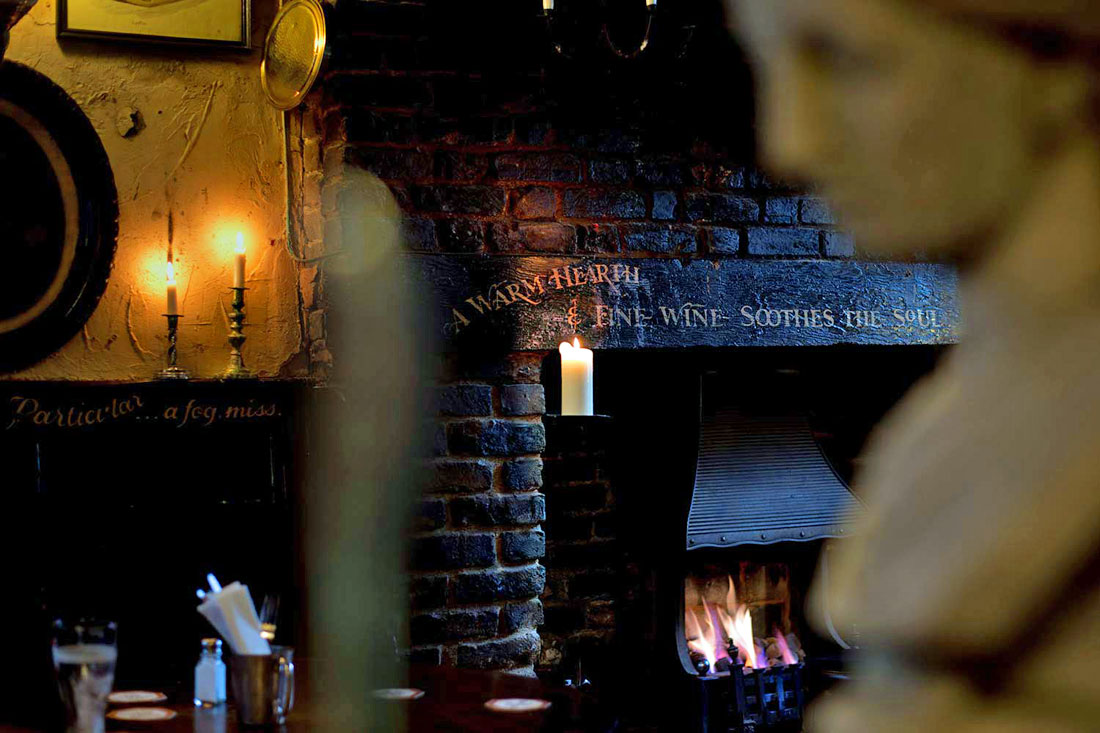 Rotherhithe’s riverside beauty of a boozer claims to be the place from which the Mayflower set out to Southampton before sailing off to the Americas. If the old oak beams and nooks and crannies don’t do it for you, the pub has had a licence to sell American stamps since the 1800s thanks to its historic connections, making it a pretty unique proposition.

In July 1620, the Mayflower ship took on board 65 passengers from its London homeport of Rotherhithe on the River Thames. Rumour has it that Captain Christopher Jones cunningly moored here to avoid paying taxes further down the river. The Mayflower journeyed onwards to Southampton for supplies and to rendezvous with the Speedwell but after many delays, false starts and a devastating leak, the Speedwell’s journey with The Mayflower was abandoned. On 6th September, 1620, Captain Jones, along with 102 passengers and approximately 30 crew members, set sail from Plymouth on what William Bradford described as "a prosperous wind”.

The Mayflower is a traditional, typically English pub and restaurant boasting a great view over the Thames from the outside, decked jetty. The building is the oldest pub you'll find in London on the Thames.

After sighting land on 11th November, 1620, strong winter seas forced the Rotherhithe captain to anchor at Cape Cod, much further North than the original destination of Virginia. To establish legal order in their new homeland the settlers agreed, whilst on-board, to write and sign "The Mayflower Compact"; the first written framework of government in what is now the United States.

Captain Jones later returned to London on the Mayflower, arriving at the home port of Rotherhithe on 6th May 1621. He died less than a year later and was buried at St. Mary's church in Rotherhithe, close to the mooring point of the Mayflower where she lay to rest in the Thames, no longer useful as a ship. A commemorative plaque to the voyage of The Mayflower now adorns the side of St Mary’s church and a memorial statue, dedicated to the memory of Captain Christopher Jones, sits in the churchyard. 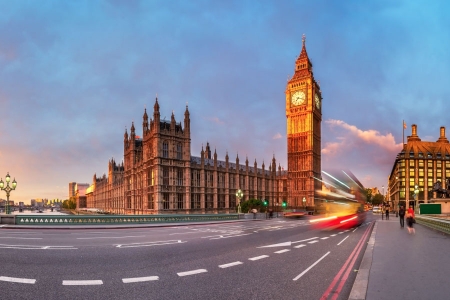 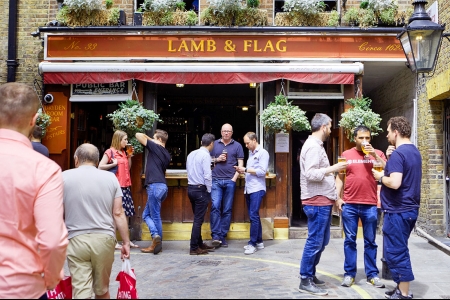 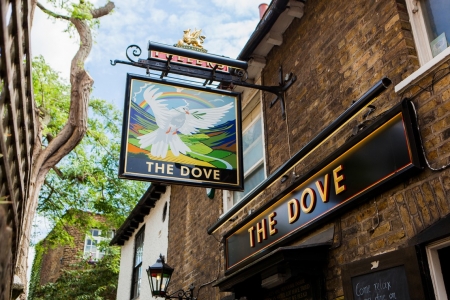 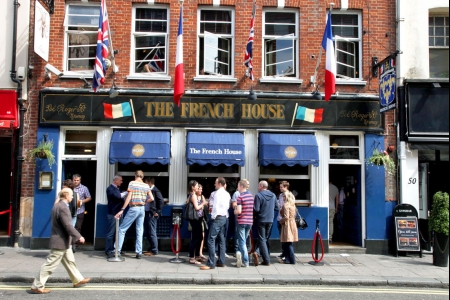