Greater Manchester has taken an important step towards reinforcing Manchester city centre as the most significant economic location in the country outside London. The newly ratified draft Greater Manchester Spatial Framework (GMSF), which is out for consultation until mid-March, also seeks to ensure that the benefits of this success are spread across the 10 boroughs of the Greater Manchester area. There will be consultation on a further draft this summer, with the final version submitted for Examination in early 2020 and adopted later that year or early in 2021. 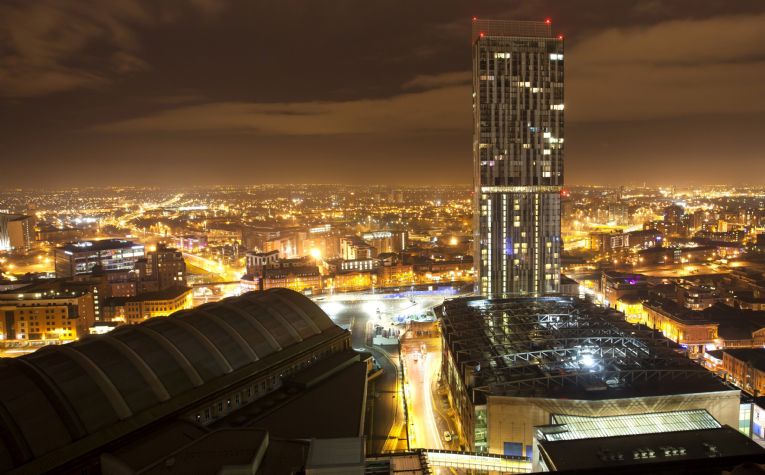 Ultimately the GMSF will identify the land and policy direction for jobs and new homes up to 2037. As expected, the current draft contains an enhanced focus on widespread urban regeneration and is a direct echo of central government policy to maximise the use of previously developed land and deliver a significant uplift in residential density in city and town centre locations that are well served by public transport.

What’s required is a blueprint for economic growth, the regeneration of the region’s towns, transport solutions to enable ease of travel, and housing ideas to meet requirements in a speedy and affordable manner.

The draft achieves those aims, and to that extent is a successful rewrite of its immediate predecessor. However, it lacks vision in how Manchester might lead the way in being a green, sustainable and prosperous city, embracing the technological opportunities that can help satisfy the needs of the next 15-20 years.

How might we see our towns house more people in mixed-use buildings, combining, say, hotels, apartments, shops, offices, schools and hospitals? How might transport hubs be more utilised to provide a focus for social and commercial activities? How can we improve some of the under-invested residential areas and make them locations for new and exciting development that could transform perceptions and aspirations?

Overall, while the draft GMSF is a positive step forward, the increased challenge of delivering significant growth within the existing urban fabric will require a new set of tools and funding.

Delivering transformational growth will be a once-in-a-generation opportunity, and getting the right plan in place will be the key component if Greater Manchester is to deliver on its economic and housing growth ambitions.
ESTATE & NEW BUILDINGS Worldwide: Objects | Markets news | Investments