Under new post-Brexit rules starting next January, migrants will have to meet a number of criteria to qualify for a work visa, including specific skills and an ability to speak English. Business groups denounced the plan, warning of looming labor shortages at a time of nearly full employment. 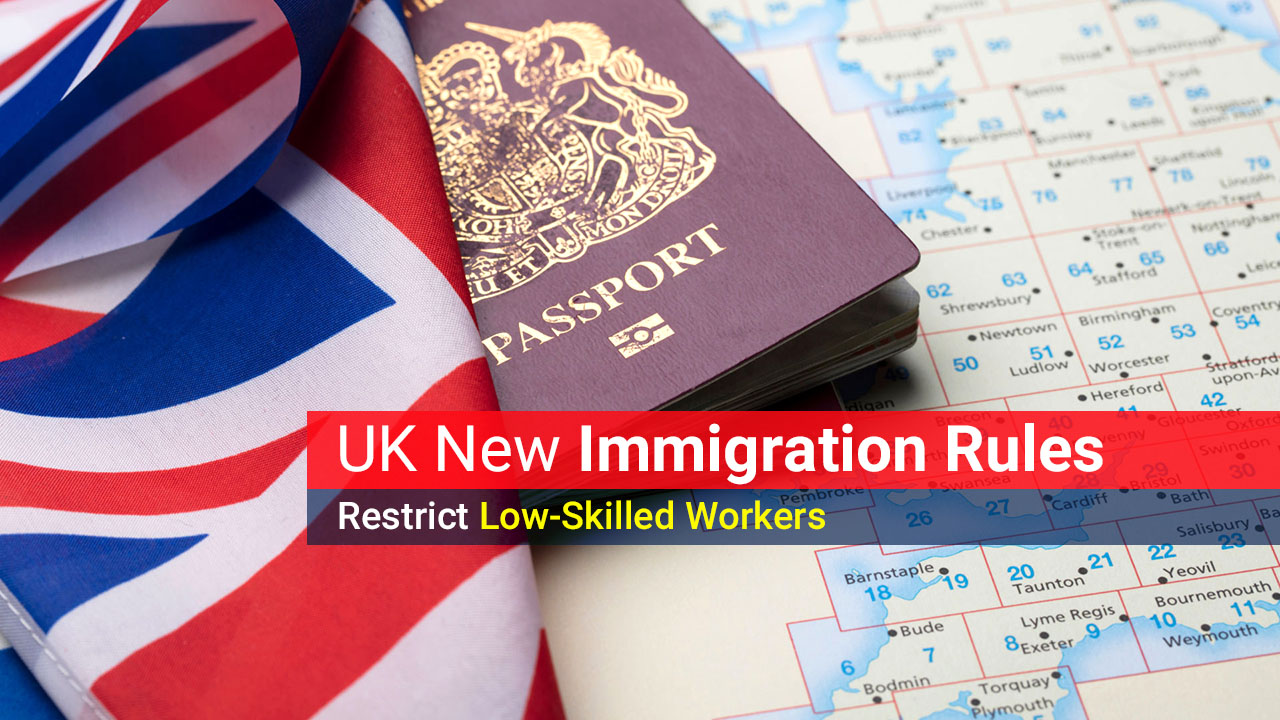 To a chorus of complaints from employers, Britain said on Wednesday that it would slam the door on low-skilled workers as it moved to cut overall immigration by locking migrants from Europe and elsewhere out of sectors like catering, construction, senior care and hospitality.

Applicants will also be required to have a job offer with a minimum salary threshold of £25,600, about $33,300. (Salary requirements are lower for certain job categories with critical shortages, such as nursing.)

That was lower than the £30,000 figure that some employers feared. But it could nonetheless have a chilling effect on recruitment for jobs that Britons seem to want to avoid, and at a time when many economists say the country is effectively at full employment.

The changes are a remarkable turnaround for Britain, which in 2004 voluntarily opened its labor markets to citizens of former Communist nations that had joined the European Union — even while those workers remained barred for years from jobs in countries like Germany and France. 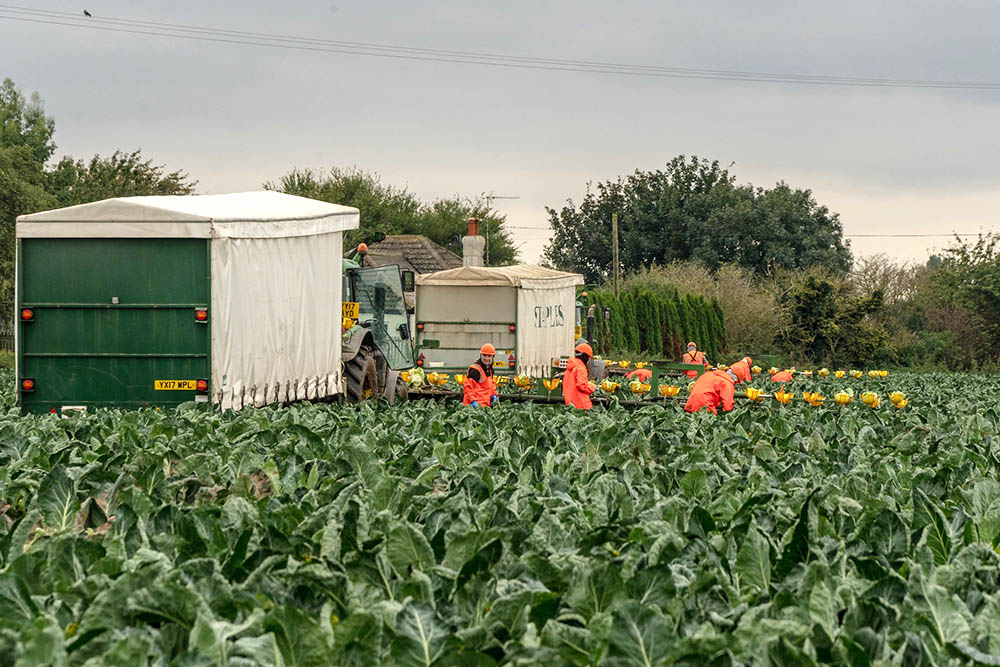 Workers picking cabbages in a field near Boston, England, in October

Immigration was one of the driving forces behind the 2016 Brexit referendum. And after that vote, immigration from within continental Europe dropped. But with more migrants now coming to Britain from outside the European Union than from within the bloc, the Conservative government has continually failed to make good on its promises to cut net migration levels.

On Wednesday, the government said that it would prioritize people with skills and that employers would have to wean themselves off a seemingly inexhaustible supply of cheap labor.

Britain suffers from poor productivity growth, and some economists believe that a ready supply of cheap foreign labor has discouraged companies from investing in technology.

Immigration opponents contend that it has also helped suppress wages for manual workers, whose earnings have stagnated. And they note that because Britain’s welfare system is easy to gain access to (if not particularly generous by European standards), government payments for low earning workers may have subsidized poorly paid non-Britons to the benefit of their employers.

In response, the government is trying to alter the composition of the migrant work force, tilting it toward people with greater skills. 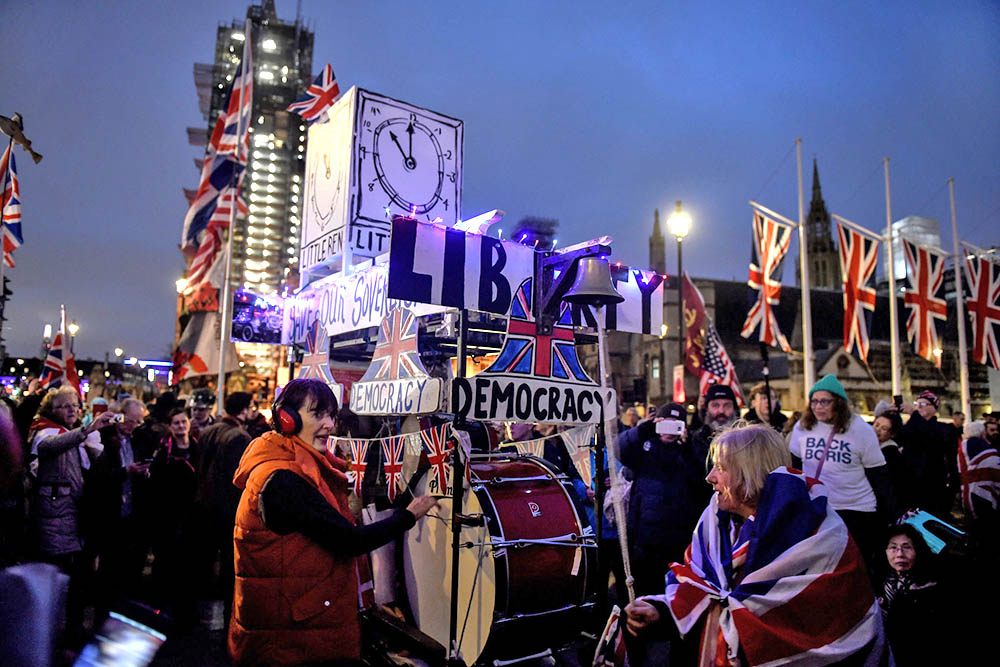 “Today is a historic moment for the whole country,” “We’re ending free movement, taking back control of our borders and delivering on the people’s priorities by introducing a new U.K. points-based immigration system, which will bring overall migration numbers down.”

- the home secretary, Priti Patel, whose portfolio includes immigration, said in a statement.

She said the new system would “attract the brightest and the best from around the globe, boosting the economy and our communities, and unleash this country’s full potential.”

The more than three million immigrants from the European Union now in Britain will be allowed to stay, while a visa scheme for fruit pickers and other farm workers will be expanded in time for the 2020 harvest from 2,500 to 10,000 places.

But with the British economy close to full employment, many companies are less concerned with attracting the best and brightest than with filling vacant positions.

Employers have long argued that they cannot recruit local people to fill vacancies. In 2017, the fast-casual food chain Pret a Manger said that only one in 50 applicants for jobs in its restaurants was British.

“In some sectors, firms will be left wondering how they will recruit the people needed to run their businesses,” Carolyn Fairbairn, the director general of the Confederation of British Industry, the country’s main business lobby group, said in a statement. “With already low unemployment, firms in care, construction, hospitality, food and drink could be most affected,”

The government’s argument that companies should invest in training Britons was no answer to the challenges posed by sectors reliant on low-skilled labor, Ms. Fairbairn said.

“Firms know that hiring from overseas and investing in the skills of their work force and new technologies is not an ‘either or’ choice.” she said. “Both are needed to drive the economy forward.”

As if to make that point, while the government announced its migration plans, it also claimed credit for the health of the jobs market. The employment rate is at a record high of 76.5 percent, while youth unemployment has almost halved since 2010 — dropping from 939,000 to 481,000 — the Treasury said. 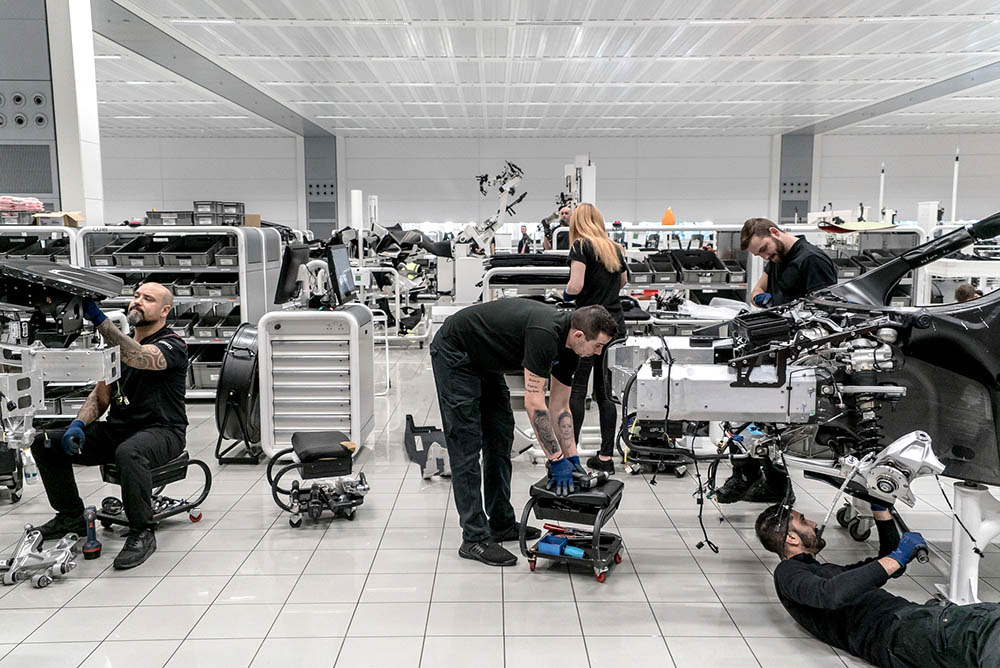 The production line at the McLaren auto factory in Woking, England

But as much as putting more Britons to work, the government seems intent on driving down the number of immigrants, even though concerns about immigration seem to have subsided since 2016.

It estimates that 70% of European Union workers currently in Britain would not have met the new requirements, and that therefore the overall number of immigrants should fall in the future.

As for the needs of employers, Ms. Patel said that there were more than 8.45 million people age 16 to 64 who were classified as economically inactive in Britain, and that the government wanted “businesses to invest in them, invest in skilling them up.”

That could be easier said than done. More than six million of those people are say they are students, have a long-term illness or are looking after family or home. According to Britain’s Office for National Statistics, 6.6 million say they do not want a paid job, as opposed to nearly 1.9 million who say they would like to work.

Scotland’s first minister, Nicola Sturgeon, said it was “impossible to overstate how devastating” the policy would be to Scotland because of the country’s need to attract workers from abroad.

Donald Macaskill, the chief executive of Scottish Care, which represents independent care providers, told BBC Scotland that the government had “not listened” to his group’s concerns and that the new rules would put the care sector at risk.

The Institute for Economic Affairs, a free market research institute, said that a points-based immigration system was likely to have unintended consequences.

“Businesses need a variety of workers — with a range of skills and salary expectations — and are better placed than the state to decide what is missing from the current labor market,”

“However, by deliberately focusing on limiting low-skilled migration, the scheme is likely to have a significant negative impact on staffing levels in many industries, including the care system, construction and hospitality, especially in the short-term.”

Others argued that the policy would set back social justice. Mandu Reid, the leader of the Women’s Equality Party, said Britain’s government had ignored warnings that such a system would “disadvantage women because of the global gender pay gap.”

The policy would also worsen the problems of the care sector, she said, with worker shortages possibly limiting the number of available slots, which in turn could force women to quit their jobs to become unpaid carers.

Diane Abbott, who speaks for the opposition Labour Party on home affairs, told the BBC that the announcement sent a “toxic” message that immigration was a bad thing.

Writing on Twitter, she added that it was a “conjurer’s trick” because most net migration to Britain was now from outside the European Union.
Вернуться к началу
1 сообщение • Страница 1 из 1